For planned actions such as system backups, database mirroring, and server restarts, you can suppress the firing of incidents by scheduling downtimes.

In the Incidents dashlet, show or hide the Downtimes pane by clicking View > Details, as indicated in the figure.

You can open the Create Downtime wizard through the Create downtime item of the context menu for the Incident dashlet's upper (incident rules) or lower (downtimes) pane:

In the wizard's second page, define the downtime's start time (server time), duration, and recurrence including starting and end dates. 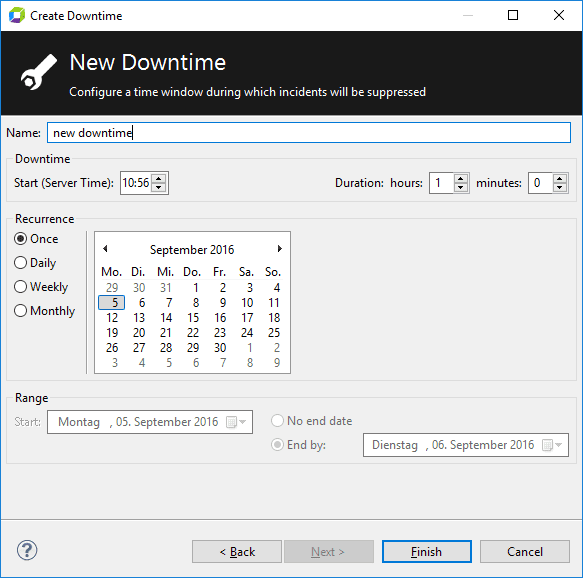 All created downtimes are listed in the Downtimes pane. The pane contains the information described in the table below.

To remove all finished one-time downtimes, select Clear Finished Downtimes from the context menu for the Downtimes pane.

Downtimes created for a normal System Profile do not affect the firing of host health incidents. New incidents of this type appear even during an active downtime. See Host Health monitoring for more information.

You can not create an incident downtime for a single host.