The Shortest Root Paths dashlet calculates the path of referrers to heap roots on the reference graph or on the Keep Alive graph. Use this to analyze why an instance is not garbage collected.

The Direct Path to Root dashlet does not show each path to root. If an instance has two referrers that lead to the heap root, but run over the same parent instance, only one path is shown to prevent numerous paths. Consider the following example: 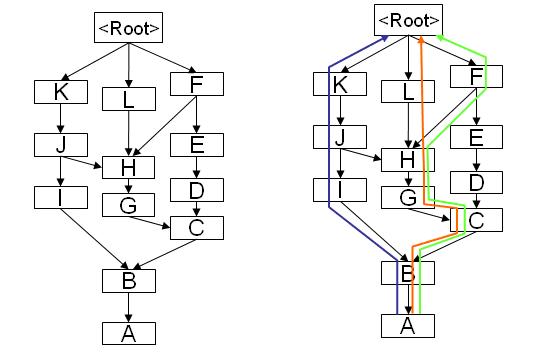 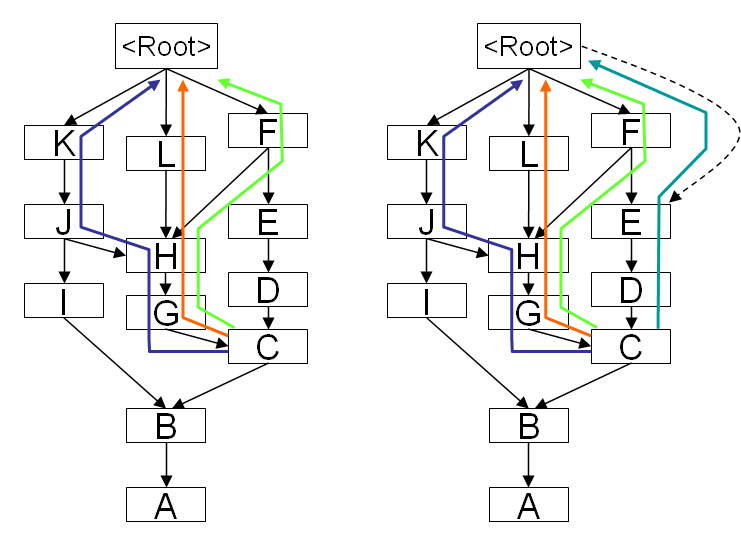 The Direct Path to Root dashlet uses the icons below to visualize references between two instances or classes. The tooltip displays text for the references.

As described previously, the Direct Path to Root dashlet does not show every path to a root instance because in a real world heap this results in numerous paths. Use the Simulate Reference Removal > Remove selected Reference context menu, or the

icon in the filter bar (Ctrl+F) to simulate a reference removal and recalculate the corresponding Direct Paths to Root again. Use this to verify that an instance is no longer reachable from a heap root if you remove a reference. Also, you can use this to remove references within a Root Path that are correct, until you find a suspicious reference.

To restore references, Use the Simulate Reference Removal > Restore all removed References context menu, or the same icon in the filter bar (Ctrl+F).