The AppMon Server Health dashboard displays the overall health status of your AppMon deployment. It shows the most important performance indicators which help you run a AppMon deployment successfully. This information is valuable to testing teams as they monitor and tune a system, and to production operations teams for continual deployment optimization. Most charts show average and maximum values, which you can use to differentiate normal loads and spikes. 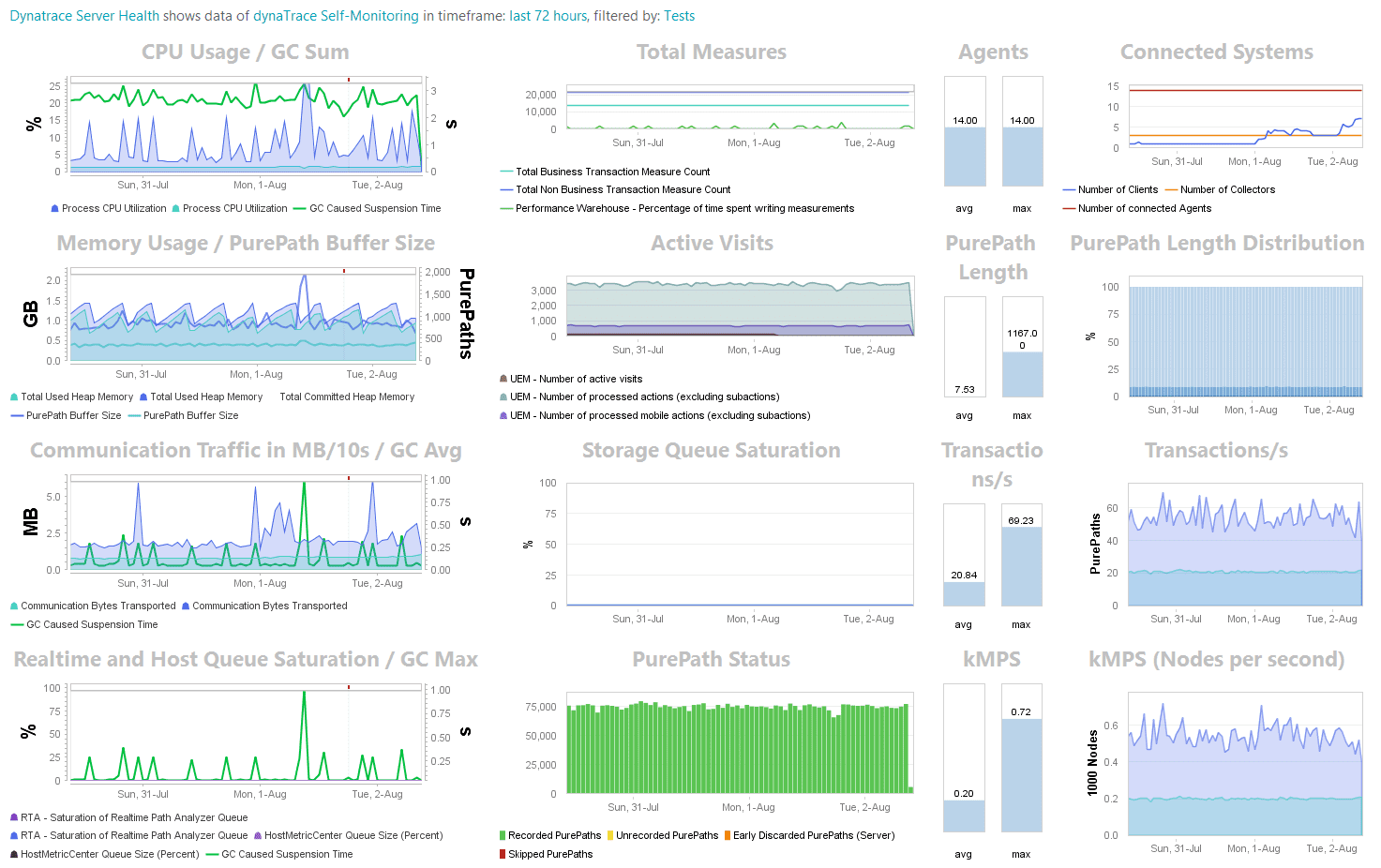 This dashboard includes the following: