Everyone loves a good story and at this year’s Perform there was no shortage of classic commentary.

This post took me a few hours as I searched through all the tweets. But how boring if it’s just me. So please share in the comments any tweets that you think I should update and add!

All In One – All You Need

We started the event by sharing the importance of three things:

Dave Anderson opened the #Perform2018 keynote. “@Dynatrace we love perfection and we’re here because we need #software to work perfectly.”

Proliferation of monitoring tools is a lot like gremlins. @Dynatrace is bringing it all together. #AllInOne #Perform2018 pic.twitter.com/Gk81TOG3PW

Marc and Michael talking about @Dynatrace and @sapcp #Perform2018 Did I mention the storm troopers …cc @_bgoerke pic.twitter.com/M2O0GsxOIF

May the force and Dynatrace monitoring be with us #Perform2018 – https://t.co/u13Q5YUgKF pic.twitter.com/QYxRFZRsOj

From 4 Releases per year to 26

In order to keep pace with consumer demand, and to keep up with the complexity of digital environments, we shifted our release cycles from 4 major releases per year to 26.

This level of innovation sets us apart and will see Dynatrace continue to accelerate past other APM vendors.

.@Dynatrace good to know you guys are on fortnightly release cycles. Other APM or RUM vendors struggle to deploy twice a year! Keep up the good work #Perform2018

The mastermind, and our CTO, Bernd Greifeneder on Session Replay

#Perform2018 @Dynatrace new session replay destined to blow away tealeaf and other session replay vendors. and all in-one with AI. pic.twitter.com/kxKnwboDKq

So did IDC analyst Larry Carvalho

Pivotal and Dynatrace – a match made FOR ‘the cloud’

The CEO of Pivotal Rob Mee was one of the standout sessions. I gathered two great quotes which showcased the value of our partnership.

Great insight from @pivotal CEO @robmee “Monitoring needs to be continuous, and thats what Dynatrace does well with the api driven integrations. @Dynatrace is a really important partner for us” #perform2018 pic.twitter.com/01NUjSxIwH

Mark Kaplan joined us for 2 presentations at Perform. At the risk of stealing the show, and this post, he was responsible for not 1, but 6,7,8 classic comments at the event.

Question for @MarkDavidKaplan of Barbri – “How did your team handle the transition from New Relic to @Dynatrace?” Answer – “They were pissed that I didn’t find Dynatrace sooner.” Good answer! #Perform2018

“The customer experience is what drives my team” Mark Kaplan (Dr. of IT) @Barbri shares why @Dynatrace beats @NewRelic in connecting the dots between their #cloud infra, app, and digital experience monitoring to provide superior service to their students. #Perform2018 #winning pic.twitter.com/w5Fq0GnOjD

Barbri had 6 or 7 monitoring tools they were able to consolidate with @Dynatrace all-in-one. #Perform2018 @MarkDavidKaplan pic.twitter.com/YbXe5pUFrP

Mark Kaplan from@Barbri- @Dynatrace listens to their customers and delivers the functionality we need. I have never been told “no, we can’t do that.” #Perform2018 pic.twitter.com/J4IbidkIU5

@Dynatrace was the only product that could see inside Docker containers – even Docker didn’t know how they could do that. #Perform2018 pic.twitter.com/nknx7zvGWz

What an amazing 3 days at #Perform2018. Thank you @Dynatrace for another amazing event and another dose of amazing new features! #Davis #replay You’ve revolutionized the apm industry.

When the world relies on your cloud platform, SAP turned to Dynatrace

“It was crucial to find a solution for us that had a cloud mindset.” @SAP on Dynatrace. #Perform2018 @SAPHybris pic.twitter.com/Z160RghpY7

SAP: Zero downtime is super important to us #Perform2018 <- there goes all the systems integrator support jobs!

Wow! This is stunning, really comes as a surprise to me. I should change the way I think. #Perform2018 @Dynatrace @SAP pic.twitter.com/yEaSCkfUkC

“For us it was crucial to pick someone innovative, a leader not follower” – @SAP talking about why they choose @Dynatrace #Perform2018

And in the breakout:

„They are throwing new features every month like crazy“ Michele from the #SAP cloud platform team about @Dynatrace #Perform2018 pic.twitter.com/Yq0Yat0mmz

The Citrix transformation is a powerful one. These numbers speak for themselves.

“Dynatrace has given the team more proactive visibility into the operations focused tasks, allowing us to determine critical items for immediate attention” Citrix @Dynatrace #Perform2018 pic.twitter.com/ykUGpABdvo

AWS: When the world’s largest cloud provider gives you kudos

It was awesome having AWS as a major sponsor, partner and for us, a customer. Tomasz Stachlewski shared how IOT and serverless is a focus for AWS customers, and that Dynatrace is perfectly suited to support.

Just a few reasons why @awscloud has partnered with Dynatrace! #Perform2018 pic.twitter.com/COmauZSmK4

The Beachbody presentation generated a sea of classic tweets. From zero dashboards, to consolidation of tools. Here are just a few posts.

One of the reasons I fell in love with @Dynatrace is that it makes everything really easy. Mind blowing. From 15 different monitoring tools down to 4. @Beachbody session at #Perform2018

What is wrong with using traditional monitoring solutions that require you to watch dashboards? @elandsness Beachbody #Perform2018 @Dynatrace pic.twitter.com/1Tx46tYD1d

Sita is the world’s largest provider of digital services to the airline industry. So when they set about disrupting the buggage system – they enlisted Dynatrace.

@SITAonline relies on @Dynatrace to help them innovate the next generation of airline travel experiences. #Perform2018 pic.twitter.com/8IIfqEP9am

Starbucks – finding a needle in a digital haystack.

For Starbucks they needed quick answers to digital problems – not a Monopoly board of problem resolution sequences. With a new store opening in China every 15 hours they need scale, visibility and precision. The beauty of Dynatrace, was our ability to identify issues right down to the line of code. But not their code. They now use Dynatrace to hold all ISV’s accountable.

What a pleasure to have @Starbucks on stage at #Perform2018 today. “Observed response time of 1s 68ms higher than expected average of 914ms. @Dynatrace found the problem with 3rd party source code.” pic.twitter.com/5aQVhqO1ZD

What if the data extended beyond the screen?

Our AI got smarter, can pull in more data, and will drive our API strategy

The highlight of the show had to be when our team shared the vision for going beyond APM.

And now you can even enrich the @Dynatrace #AI with external data for new metrics and additional devices! #Perform2018 pic.twitter.com/WhLoz3AJsT

Andreas Lehofer boldly takes to the stage, “#AI is the hype topic of the IT industry, but failing to deliver on their promise.” @Dynatrace has a #solution for that. #Perform2018

I shared a beer with Andy Lofthouse on stage as he shared how Virgin Money has gone from guessing, days of troubleshooting, impacted customer experience, false alerts to precise AI powered root cause brilliance.

@VirginMoney Only 26 out of 128 Foglight alerts were real and not duplicate or false. Alert overload. @Dynatrace helped them focus on what really mattered. #Perform2018 pic.twitter.com/1kNN5moCu6

On the lighter side I did enjoy these two tweets:

let's have some fosters beer @mainstage. this only happens @Dynatrace #Perform2018 pic.twitter.com/L5kuwVjSPB

We are thrilled to partner with Red Hat. They were pretty happy with us

We felt the <3 during the Going beyond APM & soaring to the future presentation: Thanks for the @ansible shoutout @Dynatrace! #Perform2018 pic.twitter.com/R4FfszIDLK

It’s called a HOT day for a reason

Wish there were more of these to attend during #Perform2018 – https://t.co/mnJbdOoky0 pic.twitter.com/7chqe0W54H

Wow! 200+ Partners at #Perform2018 partner day. Thanks to all our great partners! pic.twitter.com/nsAlcnfjns

I shared how software is dominating our lives and code complexity is growing exponentially. This is why the world’s leading brands and airlines turn to Dynatrace to manage their IOT requirements.

“As consumers, we demand technology everywhere and we expect it to work everywhere.” IoT is everywhere! #Perform2018 pic.twitter.com/Y0KGAAhxR0

Our social media manager figured it was big enough for him.

#Perform2018 shenanigans with @daveando! If this looks like fun, you should see us in the office. @dynatraceJOBS pic.twitter.com/8NbelMC0Z6

Lastly – I end with how it started. A bit of fun which turned into a fairly cool spectacle

Not sure what this says but I’m guessing cool

#Perform2018 is starting – what a stage! pic.twitter.com/AOcgijn3zh

And of course a giant fuseball table filled the twittersphere.

Ready to tell your story? Sneakers for Speakers

One of our rockstar presenters shares his new kicks. Get your story ready for next year peeps!

Thanks to @Dynatrace for upgrading my kicks. Going to rock these while at #Perform2018 pic.twitter.com/tz5rmW2DeD

Thank you everyone. See you in Barcelona

What a collective effort for #Perform2018 – thx to everyone across the @dynatrace team who’ve worked so hard to pull this awesome event together. pic.twitter.com/CnbI5gquWp 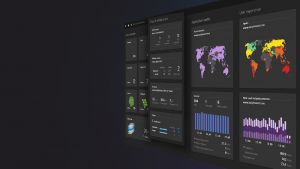 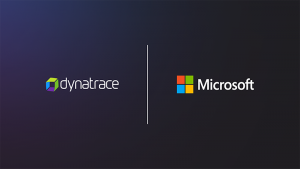