The API token generated during cluster installation can now be used as the seed-auth token when adding subsequent nodes to the cluster. To date, the seed-auth token could only be manually obtained via the Dynatrace Managed Cluster Management Console.

To view the list of build units, select Settings > Automatic updates from the navigation menu (see image below). From here you can enable/disable automatic updates and specify recurring timeframes for when updates should be performed. 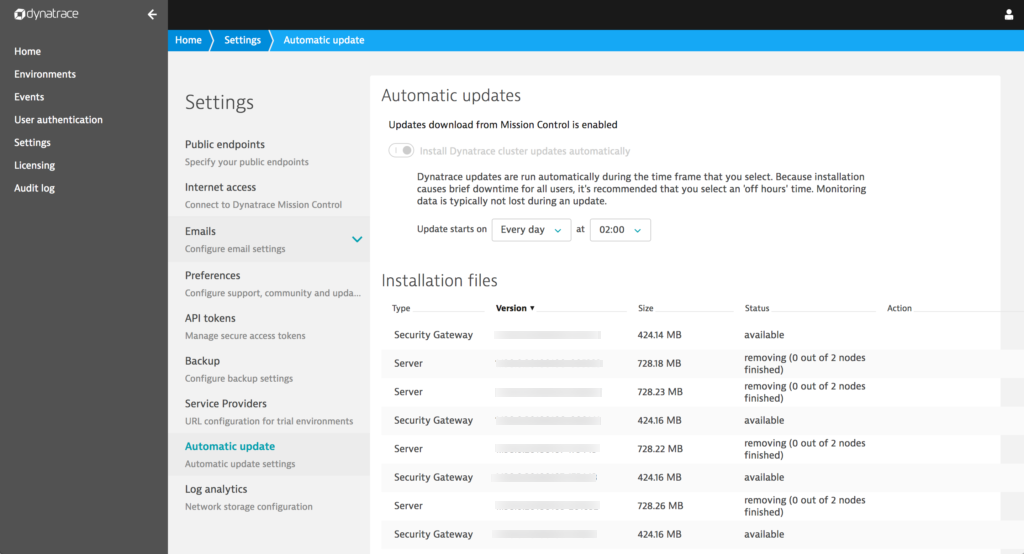 Also in this Release