The new service backtrace feature has quickly become a favorite with Dynatrace users. We’ve received lots of positive feedback about it! And now we have more good news to share about service backtrace. We’ve added code-level insights and failure reasons to make service backtrace even more powerful!

Understand where service calls originate in your code

Previously, looking at the easyTravel Customer Frontend service example below, it wouldn’t have been possible to know where in the source code the 75 listed requests were called from. Now you’ll find this information at the bottom of each Backtrace page, on the Stacktrace tab in the new Analysis section. As you can see, the requests that easyTravel Customer Frontend makes to the findJourneys web service method originate in an AdBean.getCurrentPromotion method. This feature works for failed requests, frequent requests, and slow requests. 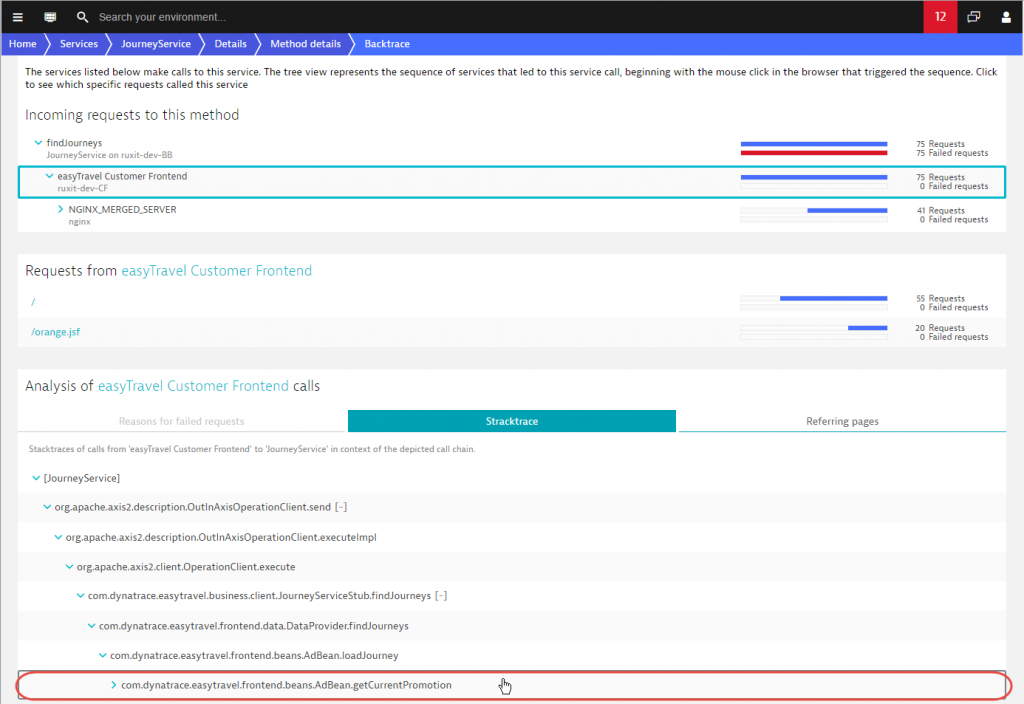 Know the reasons for failed requests

Service backtrace now also shows you the reasons for failed requests on each level. Note in the example below that all requests that failed in the context of this backtrace have the same failure reason: Connection refused. Even more detail can be accessed by clicking the View details of failures button. 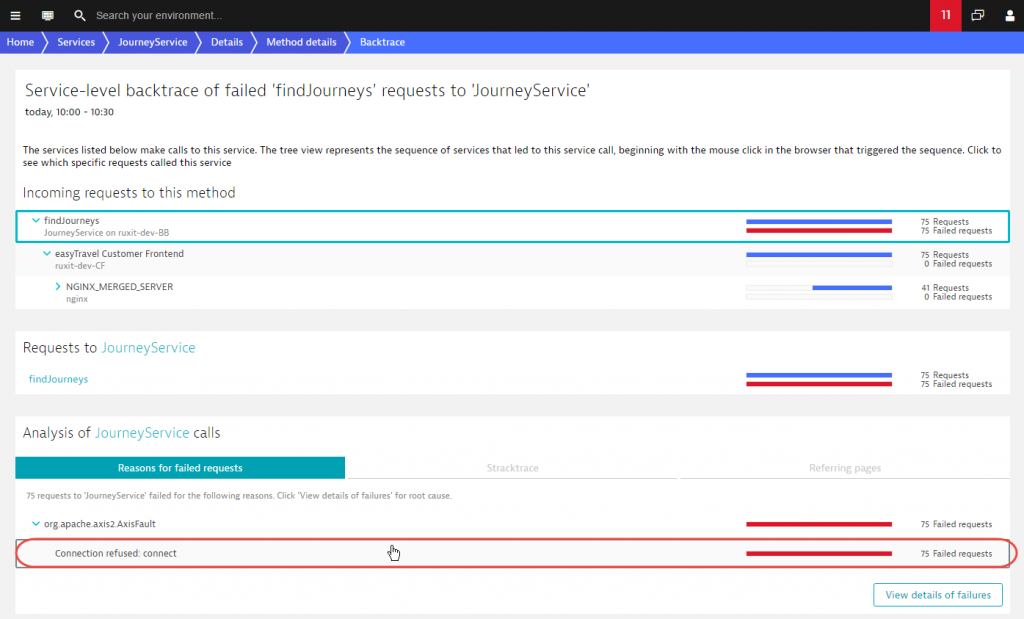