AWS Fargate is a container-as-a-service offering within AWS Elastic Container Services (ECS) that allows you to run containers at scale without requiring you to manage the infrastructure layer. While the classic EC2 launch type of ECS allows you to install Dynatrace OneAgent on the underlying EC2 instances, the AWS Fargate launch type doesn’t provide access to the underlying infrastructure and thus requires a different approach to monitoring.

Run any custom-built containers at scale with AWS Fargate

Fargate allows you to run any custom-built images as containers, and thus, enables you to leverage the technologies that best fit your needs to solve a certain problem. However, the broad variety of technologies that can run in Linux containers (for example, Java, .NET Core, Golang, and Node.js) introduces the challenge of how to easily integrate white-box monitoring with application images. The complexity of monitoring Fargate environments with heterogeneous stacks increases even further when autoscaling of containers is used to scale the number of instances in response to demand.

As AWS Fargate doesn’t allow you to deploy OneAgent on the node/host level, you’ll need to embed OneAgent in container images for automated monitoring of applications and services within containers. My colleagues Dirk Wallerstorfer and Andi Graber already logged their first steps with Fargate in an experimental environment. To learn about their insights, see Monitoring AWS Fargate with Dynatrace testing in the field.

Unlike traditional monitoring tools, Dynatrace provides a universal technology-independent approach for embedding OneAgent into container images with the least possible modification of the image build pipeline. 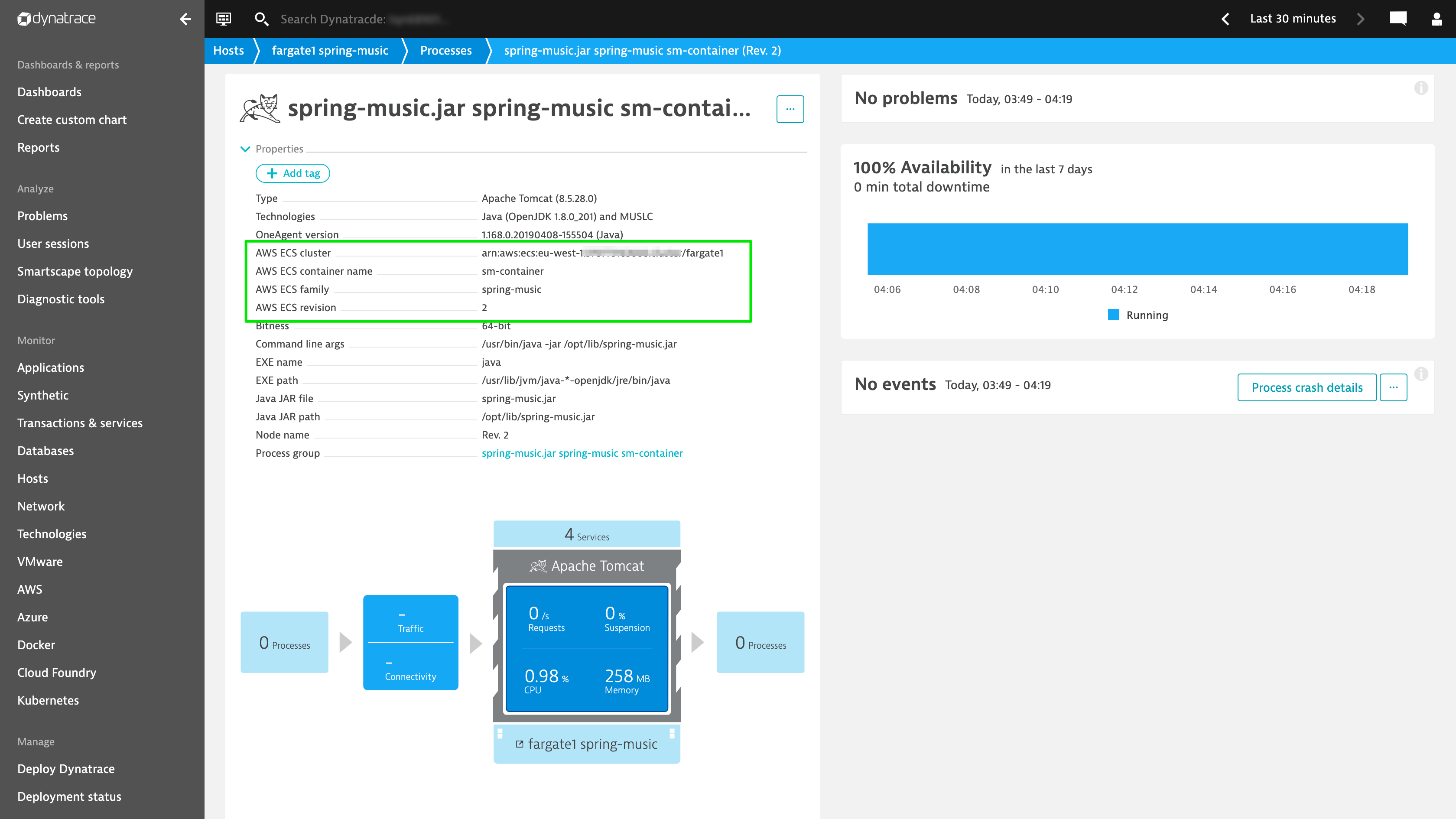 Get started: Reveal the dynamics of your Fargate environment

AWS Fargate support is available with the release of Dynatrace OneAgent 1.167 (for Fargate versions 1.3+). You can integrate OneAgent into your container images as described in the documentation by using Docker multi-stage builds.

Following the instructions, OneAgent is packaged as a Docker image layer, and made available for your image build process to carefully monitor your microservices environments within containers.

We’re continuously extending our capabilities for monitoring containers and their workloads. We’re working on native container resource usage monitoring and extended Davis® use cases for resource contention, so stay tuned!